Our day was absolutely awesome. Last night Devon and Randy invited us to rent ATVs and take a trip to Montezuma with them and a few others from Casa Zen. This morning after our free breakfast of fruits and toast with jelly we set out to pick up some rides. Within no time we were on our way to Montezuma – about 20 kms from Mal Pais. We had to do a bit of a switch up because Heather was struggling with the manual transmission. But from then on it was smooth sailing. Well, more or less, the roads here are horrible but actually perfect for ATVs.

Once we were in Montezuma everyone kind of gushed over the community. It’s absolutely adorable and all the streets are lined with artesians selling the most intricate and beautiful jewelry. And at a bargain! We at some lunch and then did a more thorough look through the various stands. And we may or may not have picked up a few items for some special people back home. Montezuma also had an excellent used book store – I managed to find Steppenwolf by Hermann Hesse.

In the afternoon we hopped back on the ATVs are drove a few minutes outside of town to explore a local waterfall. It’s a pretty common local attraction involving a crazy walk through the jungle, over a raging river and up a root infested mountain side. There was no choice but to do the walk barefoot, for most of us flip flops were not an option. Pawel however is either really stubborn or has impeccable balance, and probably luck. The way there was fun, at times we were on all fours, scaling walls or climbing over river rocks.

Once we got there we stripped down and dove in to the ice cold water! The current in the pool was so strong and we could barely fight to stay in one spot. Pawel immediately sought out the best rock jumping opportunity and swam aggressively across the pool to investigate. After he had tried and succeeded I made my way over, struggling against the current to make it. Getting up the on the rocks and climbing to the right position was a bit tricky, and very slippery. We were in position and ready to jump. Pawel went first with success. I mustered up all my courage and stepped out to the very edge to jump…and slipped. With in an instant my feet were above my head and I was heading for the water at an astonishing speed. Everything sort of went quiet and I remember just thinking to tuck myself together as much as I could so I wouldn’t land flat on my back. Smack! I was down, and up for air in seconds and everyone sighed in relief. Apparently when I slipped everyone screamed in horror. From what I’m told it looked deadly and for instant my fate was uncertain.

After that everyone was pretty ready to get going. The intensity or the waterfall seemed to increase rapidly and the water level in the river began to rise. The way back was a bit more painful, the rocks seemed to be digging deeper into the soles of our feet. Additionally the river had risen so much that we couldn’t cross where we had originally. Instead we cautiously wade across. At the very end Pawel found a huge ‘Tarzan vine’ and proceeded to swing on it. Randy caught a glimps of the fun and decided to join. I on the other hand had enough excitement for one day.

Now out of the waterfall we sipped on coconut water and rested. The ride back seemed much shorter than the way there. We took an alternate route, a little more off-roadish but a lot more fun. Michael said “it isn’t ATVing until you drive through a river.” Now we’re back and cooking up a tasty feast of Roasted red pepper and mushroom linguini with a tomato, garlic sauce. It’s starting to smell good!

Also, we hope you laugh as hard as we did at the photo of Pawel and I together on the rocks. He was not in fact wearing a skin tight black hood. 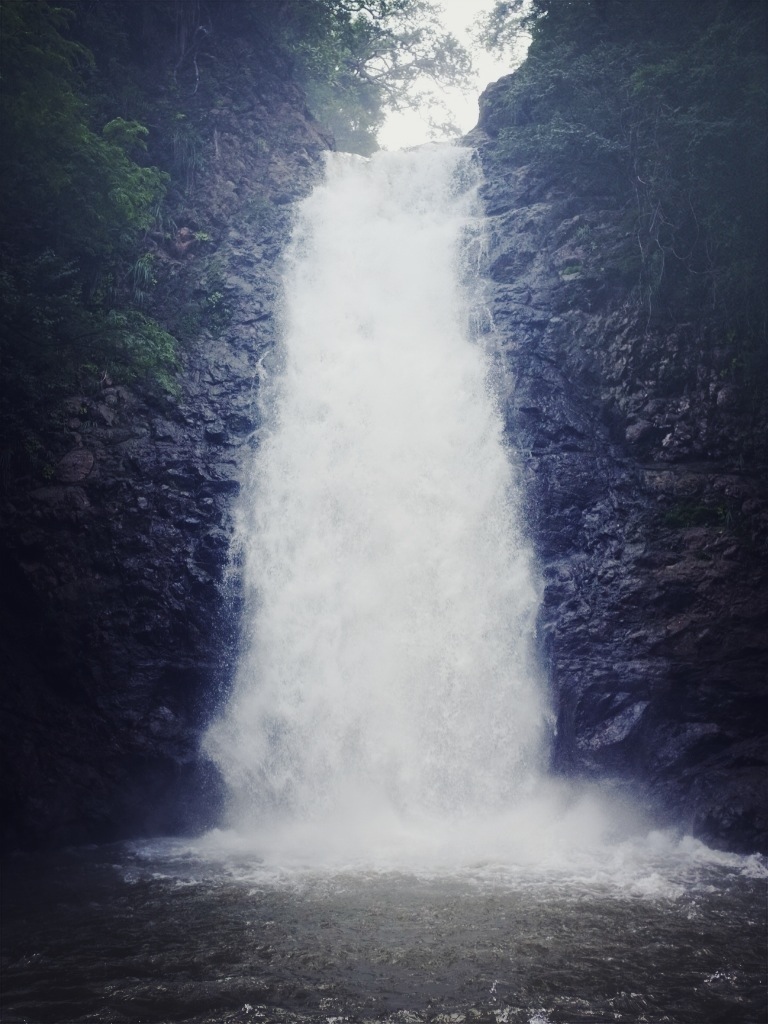 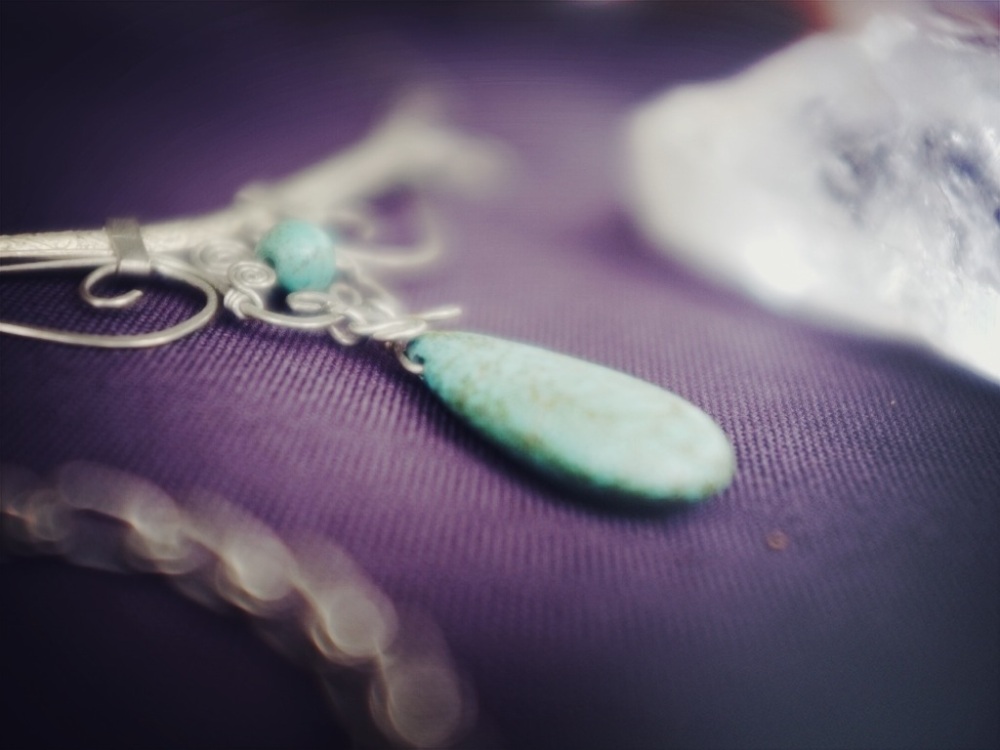 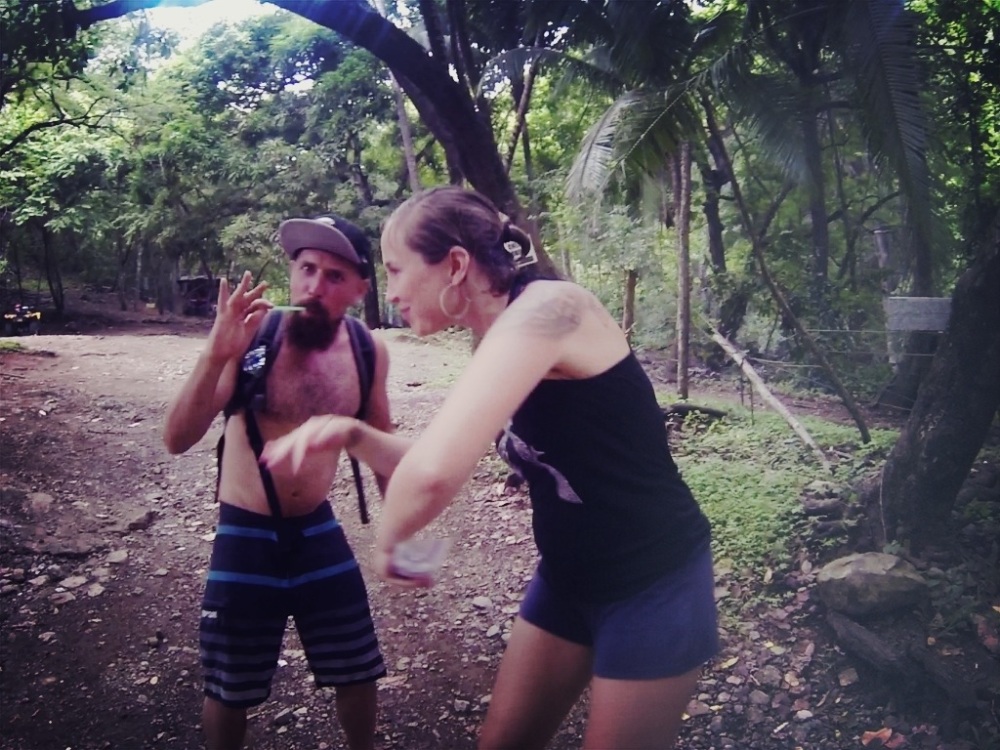